Sometime in the past week was the tenth anniversary of my first attempt at running away from home.

I was just as much an adult ten years ago as I am today. The difference is that ten years ago it was legal to hit me, vanish my relationships, and sequester me from society.

I look around the apartment I pay for and it’s like a utopia. There is a lock on the door. No one can come in and attack me, no one will destroy my writings. There is my computer—it has access to Wikipedia. There is my bookshelf—where I used to live in fear that my smuggled copy of “The Care and Keeping of You” would be discovered, I now have Hitchens, Pinker, Chimamanda Ngozi Adichie, the spines all facing proudly outwards. Someone lent me their copy of Birthrights, and it’s just sitting there on the nightstand face-up. It poses no danger to my physical safety. There are people on the sidewalk which I can see from my window, and I can hear the neighbors down the hall—I am not alone in the world at the mercy of those who would hurt me.

Most importantly of all, I have friends who cannot be suddenly taken away, never to be seen again. My phone is right there—I could pick it up and call my best friend right now, without putting either of us in danger or risking the relationship being discovered and never hearing from him again.

Gratefulness and anger go well together. I am so happy. And I should have had this ten long years ago.

Do not share posts that contain information about their last known whereabouts. Rip down flyers about runaways when you see them. Teenagers do not run away from home for no reason.

Do not help the state capture people and ship them back like possessions to their owners.

Know, also, that parents often lie about whether their “missing” teenager may be a runaway. Before sharing the image of a teenager believed to be abducted, do your due diligence. Think carefully about whether it is worth the risk that you are merely helping the state capture people desperate to be free.

Happy pride. Liberty and justice for all. 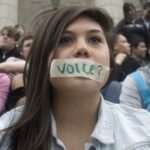 good lord that was emontial
man wrote a whole fanfiction

Awesome post! This is reminiscent of blog posts from the Jeffrey Nadel era, the golden age of NYRA. A return to form. I’ve been waiting to see something like this from you guys. Please keep posting more material like this. Keep it up!

“Keep the fight going, be involved, hold adults, leaders, and the justice system accountable for their actions.” As part of the Voices in Youth Rights series, this interview features Jarvus Turnley, a NYRA volunteer from Springfield, Tennessee. In addition to volunteering with NYRA, Jarvus works on the Robertson County Tennessee foster care review board, coaches… 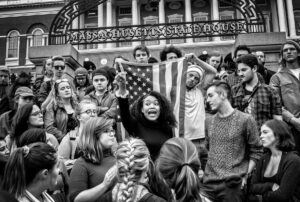 As a high school student, I began to realize just how differently my female friends and I experienced school compared to our male peers. We faced discriminatory dress code enforcement that treated our bodies as “distractions,” and we were often left on our own to deal with sexual harassment that was downplayed as “jokes” or…
View More